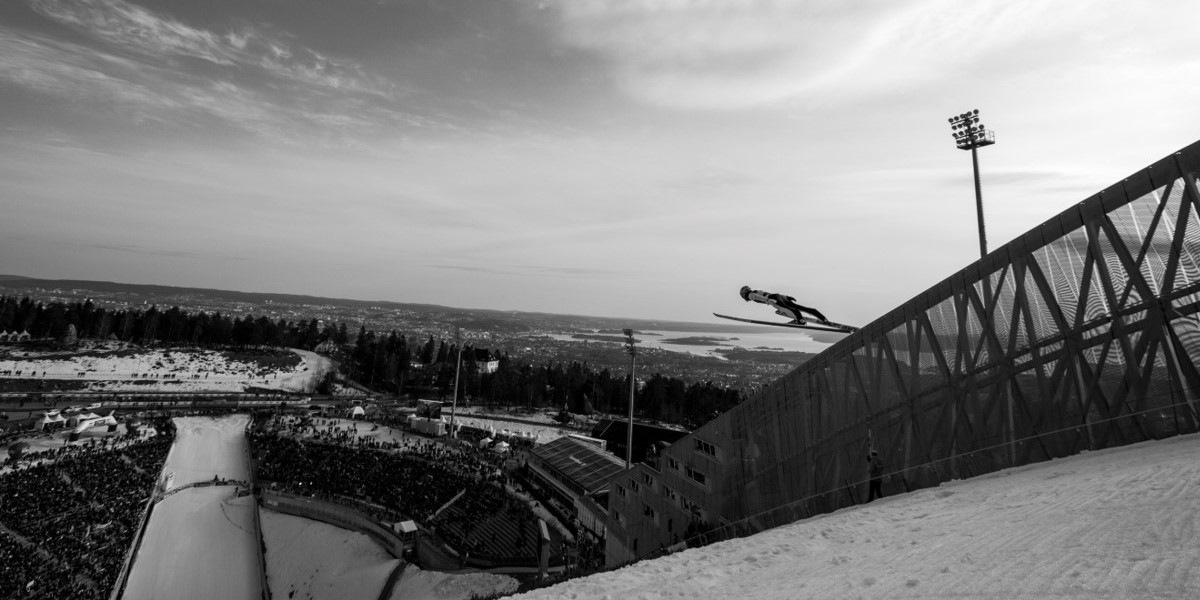 THE MOST EXTREME AND INTENSE SKI JUMPING TOURNAMENT IN THE WORLD!

This year the competitions were held in Lillehammer and Holmenkollen.

Kriznar won for the first time, while Kraft also won RAW AIR in 2017.

There will be an additional women's World Cup competition as part of the RAW AIR Tour 2022 in Norway.

The Tour, which will only be held at two venues this year (the hill in Trondheim is modernized for the World Championships 2025), will have an additional women's competition on March 2nd in Lillehammer. This means that the women will now have four individual competitions and one mixed team event at the RAW AIR.

The additional competition replaces one of the events that had to be canceled in Sapporo (JPN) due to the covid-restrictions.

The points scored in the qualifications and the individual competitions are added for the overall ranking. The athlete with the most points after all rounds wins the RAW AIR.

The RAW AIR was canceled in March 2020 during the event in Trondheim due to Covid-19, in 2021 no World Cups were held in Norway.

RAW AIR 2022 will focus on equality

- Norway has through the introduction of RAW AIR for Women promoted and supported women ski jumping internationally. More competitions for women in same hills as men will give better opportunities for women and contribute to grow the ski jumping product. Mixed Team competitions also gives good attention to the sport, project leader Ståle Villumstad says.

This season RAW AIR is special since Trondheim are being rebuilt for the Ski World Championships 2025 and the tournament must fit into the calendar with Ski Flying World Championship in Vikersund and the Olympics.

This week it was decided to have a mixed team competition in Holmenkollen.

- We are happy to host the RAW AIR final at Holmenkollen this year and are looking forward to give it a special boost in our national arena. We are especially delighted to host a mixed competition since we see this as a great innovation for the sport, says Stefan Marx, CEO of Holmenkollen Skifestival.

RAW AIR 2021/22 will be held in Lillehammer and Oslo. The Tournament starts with qualification in Lillehammer on March the 2nd. The final will be in Holmenkollen March 6th.

During the calendar meeting in FIS earlier in April, it was decided that the super final in Vikersund won´t be included as normal due to The World Ski Flying Championship a few days later.

The 2021/22 edition of the RAW AIR tournament will be different, but the plan is to include both the New Granåsen hill and Vikersund again from 2022/23.

- In Vikersund we are sorry that women won´t be able to jump in ski flying in Vikersund already in 2022. It is also a surprise that Vikersund won´t host the super final, which has been included in the plans since September 2020. Anyway, we will do everything possible to create a fantastic World Ski Flying Championship as one of the biggest events for the new season together with the Winter Olympics, Per Bergerud says.

He is general secretary in LOC Vikersund.

Raw Air 2021, which was due to be held in mid-March, is among the cancelled world cup races following government regulations regarding entry bans. It is thus not possible for foreign athletes to come here to compete.

There is a deadline of 30 days facing FIS to confirm events, which had already expired at the time. It was therefore not possible to wait any longer, Raw Air had to be cancelled.

Here you will find useful information regarding the competition program, results, start lists, team Captain's Meetings, accomodation and general information. The latest Team Info Guides and Logistics Guides will be made avaliable closer to event.

It all starts in the heart of skiing!

Welcome to the hill on top of Oslo! Holmenkollen hosts the premiere of RAW AIR.

All tickets to the Holmenkollen event, which includes competitions in XC skiing and Nordic Combined, will automatically give you access to RAW AIR.

Holmenkollen is a traditional and unique arena, dating back to 1892 when the first ski event was held here. Now, it's a vibrant venue on top of Norway's capital city Oslo.

Within the ski jumping community, Holmenkollen is a hill everyone is familiar with. Maybe not so strange, considering the first ever competition was held there as early as 1892".

"Growing up I used to watch the Holmenkollen competitions on TV, and of course I want to perform my best there.

Welcome to the Olympic region of Lillehammer and our arena Lysgårdsbakken. We are very proud to host the second part of RAW AIR - the most extreme ski jumping tournament in the world.

We will do our maximun to deliver up to our standard - PERFECT SKIING!

During the Raw Air Tournament the Olympic Flame will burn as a symbol of the spectacular competitions in Lillehammer.

The big fight of Granåsen!

Welcome to Trondheim and Granåsen arena. In 1997 we hosted the FIS World Championships Nordic Events. It became a big success! Now we are looking forward to RAW AIR – the most extreme ski jumping tournament in the world.

"RAW AIR is ten competitions in a row, Norwegian venues, skiflying, and I will jump on home soil in Granåsen. It is absolutely incredible raw. Being able to be among the best there, or the best of all, is the dream".

Welcome to the SUPERFINAL of Raw Air in Vikersund – the most extreme skiflying hill in the world!  After seven days of competition all over Norway, the athletes will arrive in Vikersund to name the winner of the Raw Air Tournament. One counting qualification, one team competition and one individual competition. Who can stand the pressure all the way to the final in Vikersund?

- it's a dream come true for all ski jumpers to try ski flying. From the first jump you dream of  taking the next step, to try a bigger hill and jump longer and longer and longer. In the end you sit at the top in Vikersund and have the opportunity to do just what you have dreamt of since day one.